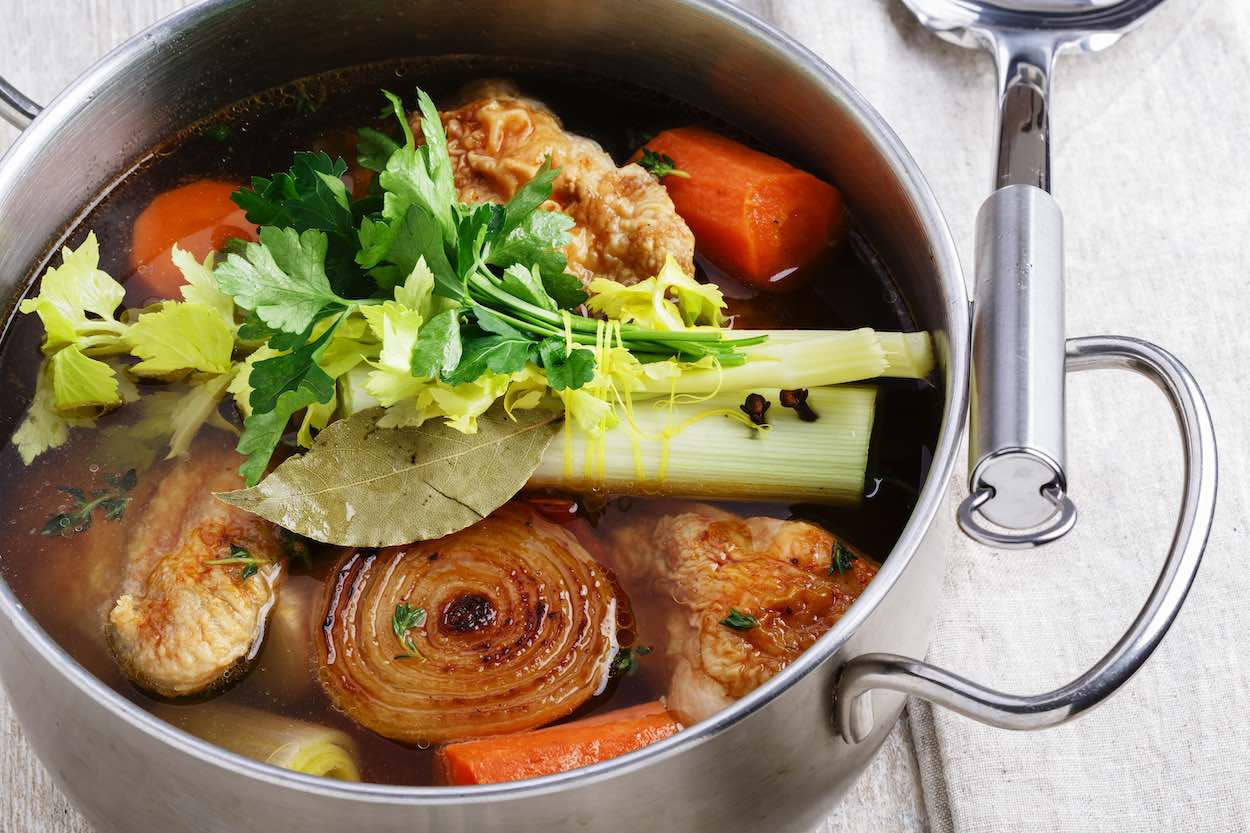 5 from 1 vote
Sodium35 mg
Protein 2.4 g
Cals 20 kcal
Carbs 4 g
Ever wonder...how do I make my own homemade low sodium chicken broth/stock? Are you sick of the store bought stock that's loaded with sodium and preservatives? Then you've come to the right place. I want to start off by saying that everyone makes has their own method to making stock, and there's a million different ways to do so. That being said, I've adapted this low sodium chicken stock recipe from a world class culinary text book I used while attending the University of New Hampshire, called Professional Cooking  by Wayne Gisslen.
Print Recipe Pin Recipe
Prep Time 20 mins
Cook Time 4 hrs
Total Time 4 hrs 20 mins
Cuisine French, Fusion
Servings 32
Calories 20 kcal

The information and graphics on www.cukebook.org are for informational purposes only. The content is not a substitute for professional medical advice, diagnosis, and treatment. You should always consult your medical doctor or other qualified healthcare professionals if you have queries regarding your health. Never disregard the advice of a healthcare professional, or delay in seeking it because of something you have read on www.cukebook.org. Do not try to treat a health problem on your own. We participate in affiliate sales to help fund the website. Visit our disclaimer for more information.